Get fresh music recommendations delivered to your inbox every Friday.
We've updated our Terms of Use. You can review the changes here.

SONGS OF THE BRIDGE - ABC FM 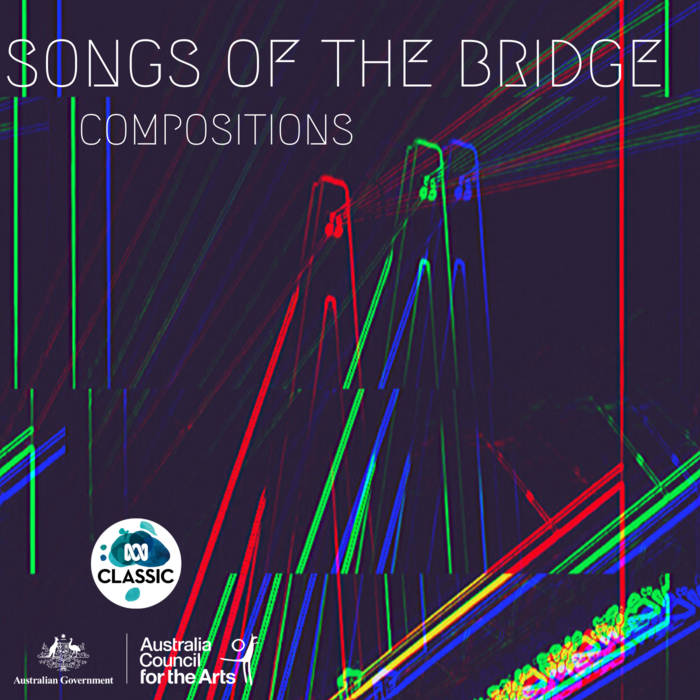 ABC AUDIO ARTS Radiophonic Artist in Residence Feature
Songs of the Bridge: Compositions. Up Late, ABC Classic FM
Thanks to Australia Council for the Arts New Media Arts Board 2004

Bridges have become a beautiful obsession for artist Jodi Rose, since her college days when she observed Sydney's Anzac Bridge being built and speculated that its giant cables would vibrate with sound like a giant Aeolian harp. She approached the ABC for help in recording the "Singing Bridge" before it opened to traffic, and these remarkable recordings, made through applying contact microphones on the cables and stays, remain a valuable archival record of the new bridge.

These original recordings have also been included in Jodi's radiophonic feature and bridge compositions created whilst she's been artist in residence at the ABC during 2004. Jodi is the 10th artist to have the ABC Radiophonic Residency, which is supported through the New Media Arts Board of the Australia Council and is hosted by the Acoustic Art Unit of Radio National. Songs & Stories of the Bridge was first Broadcast on ABC Radio National, Radio Eye in 2004.

Jodi Rose created the basis for the compositions using the architectural shape of each bridge to shape the visual score, arranging the bridge sounds to form a structure with extended improvisations created by Ion Pearce (cello), Trevor Brown (sax). Working closely with collaborating composer Ben Fink who translates between bridges and musicians, and also plays guitar and piano, sometimes playing the bridge sounds through the instruments in order to create a sympathetic resonance.

Her selection of bridges ranged from the metropolitan to the remote rural, and included the Indooroopilly Bridge in Brisbane with its striking Art Deco apartments, the Macintyre Bridge over the Barwon River near Geelong, the high tech Batman Bridge across the Tamar in Tasmania, and the multi-platform suspension bridge of Valley of the Giants Treetop Walk, Walpole WA.

The stories and vibrations of each bridge create a distinctive sound signature; and whilst bridges have been made possible through technological innovation, they also resonate with poetic and metaphorical meanings. Bridges connect places and people.

Demonstrating the bridge principle at work, Jodi's individual music compositions of each of the five bridges featured in this program were first broadcast in Late Nights with Julian Day on ABC Classic FM from 13 to 17 December 2004.

Quelle Chris joins the show to discuss his most recent release, "DEATHFAME"